The opening and closing of the valve then repeats continuously

The pressure relationship related to the opening and closing operation is as follows. 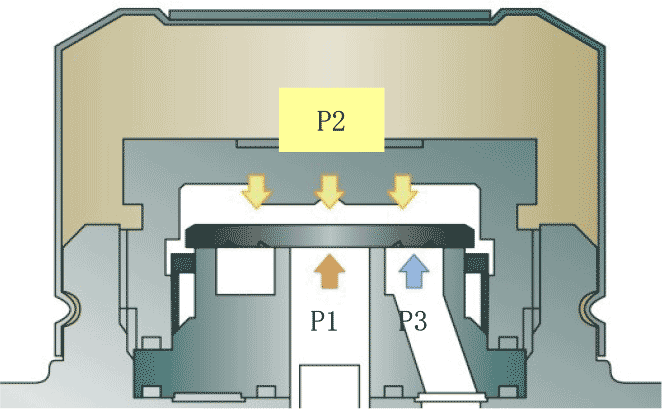 The primary pressure, the pressure of pressure chamber, and secondary pressure of thermodynamic disc trap relate to P1, P2 and P3 and the areas on which the disc is pressured relate to A1, A2 and A3.

Thus, the valve will open and close when the force applied to the disc acts in relation to the following formula.

Steam traps have various models and features.
Suitable steam traps can be selected when it is determined whether each feature suits the condition of use.